“Believing in negative thoughts is the single greatest obstruction to success.” 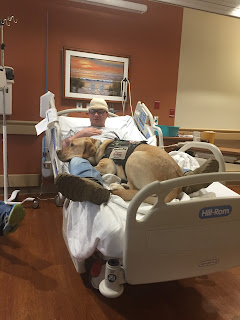 Update: Brian went through his surgery and came out doing very well! His recovery is going well and hard to believe but he has opted to slow down a bit and actually listen to the doctors while he waits to make sure everything is in working order. He is still having an issue that Walter Reed is actually looking at so please continue to keep him and his family in your prayers as they look to get answers but thank God that everything came out so well overall. (Don't you love the picture of Mike playing doctor trying to make Brian feel better) 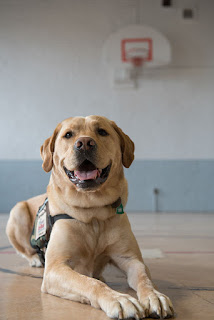 Life throws so many curveballs sometimes it is a full time job just keeping up to the changes brought on because of those. For those that follow the travels of Mike & I our trip to Montana has been postponed for a while due to circumstances beyond our control. I have to admit I am bummed out I was really looking forward to meeting all those friend I haven't had the chance to meet yet. Don't fret though I doubt I will be kept in my stable long especially since I don't have a stable ;)  You may notice that many of the pictures in the blog this time are not mine. I am using some of the pictures that were featured in the PlanetDog.com Blog about the MCI Framingham Prison Program. I know that I have mentioned this program often because it is where Mike was raised. The fact that Mike & I were invited back to the facility to tour and take part in the PlanetDog.com interview process was such an honor. We also got to spent a very emotional visit with the women that actually raised Mike. What an honor. Please go read and Support the PlanetDog.com mission because they support both America's VetDogs and The GuideDog Foundation which without VetDogs would not be. 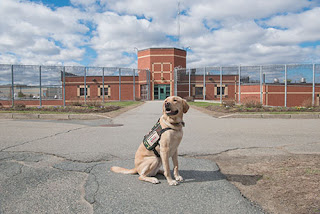 Over the past few weeks Mike and I have been back down south to see Brian and help out while he had brain surgery. I've also been doing the switch from the Providence primary care to the West Roxbury VA which has required a good amount of travel and thanks to my trusty truck camper overnights in the parking lot to save on gas and miles. Everything has been a great experience and I can vouch for the great service rating that the West Roxbury VA has. My new primary care doctor is great and very on top of things which is a nice change from my last PC in Providence. 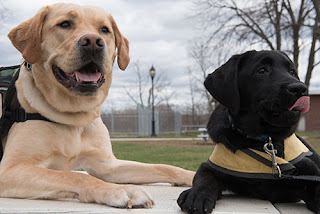 Enough about me lets talk about the stuff that is important. Helping others! Because Mike and I have been spending so much time up at West Roxbury and we are not as well know there as we have been in other places we have had the opportunity to talk to many new veterans and caretakers about service dogs. Mike is such a great catalyst to starting those conversations. Hopefully over time there will be a number of new service dogs walking the halls along with us. 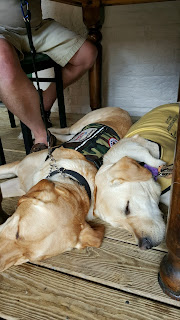 Even with the Montana trip being postponed Mike & I have been very busy and will be very busy. Of course we have Legion and VFW stuff we're doing along with a good amount of VetDogs events also. Coming up this week we have a Lions & Leo's Night of Giving were we will represent for VetDogs and then deliver their generous donation to VetDogs at the annual 5/10k run in Annapolis, MD. Right before the trip to Annapolis our own church family at Trinity Episcopal Church here in Brooklyn CT is holding a Family dinner fundraiser for America's VetDogs. I point this out because some people seem to think that a fund raiser has to be huge or done by a large group well I can tell you all that Brooklyn CT itself is a tiny town and the church is a small community but they feel the need to step up and support this wonderful mission. I can tell you all that the only thing it takes to run a fundraiser is a willingness to put yourself out there and make it happen. The amount of money raised is secondary to the feeling and knowledge that bringing a community together to help save our nations veterans brings. Mike & I travel for any and all organizations that want to get involved in any way. It's about giving back every penny helps the foundation without a doubt but the word spread through the community is where the real win happens. 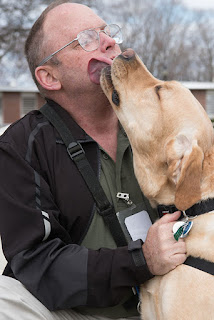 After the Annapolis run is done Mike & I will head to Philadelphia to meet with the folks at Boeing to speak to them about America's VetDogs and the CFC campaign. What an honor to be allowed to go in and visit a facility like that and show them how their dollars are spent to help other veterans recover from all sorts of medical issues. Once we are done there we will pack the camper up and head over to the American headquarters for PetValue another proud sponsor of VetDogs who happens to have Mike & I as their team for the year. Once we finish there we will rush bak toward CT where PetValue will be meeting us at their Colchester Store to present VetDogs with a generous check of a secret dollar amount from this years March giving campaign they ran. You all may recall my mentioning that in past announcements where they did the handsantizer sales. That will be an exciting day for sure.

Well I hope I haven't bored you all and I look forward to see you all on the road or in our travels somewhere. God Bless.