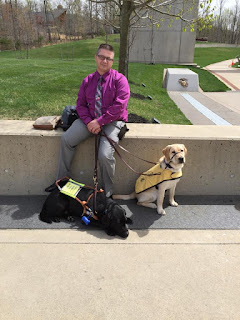 As I mentioned in my last blog entry I was going to speak with Brian and see if he would let me showcase his story. I wanted to do this to let people see a different perspective on what these dogs do and why America's VetDogs does what they do. Over time I hope to showcase a few other stories here also but Brian and I over the past yr and a half have become very good friends, some would say brothers from different mothers. His exploits and efforts before and after his injuries spotlight the kind nature and caring that makes others better just being around him. He is the person that doesn't focus on his issues but is out looking to help others get past theirs. What I call a true leader and a hero. 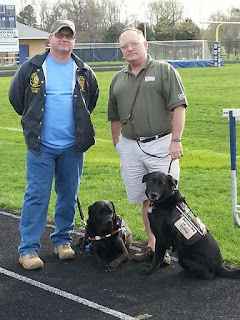 Brian's first dog Othello, has been diagnosed with a liver disease and has been forced into a medical retirement leaving Brian at the moment with no guide/service dog. Unlike most people who would slow down and wait till he get another dog to help him along in life Brian is still moving along at full steam ahead. He has been seen at speaking events talking about America's VetDogs and how they are in the process of training a new dog and how they handled the entire retirement process. Which by the way is an amazing story in itself. He has been out helping other veterans through the service organizations he belongs to and calls me almost daily just to check in. There is no slowing him down.

With no further ado here is Brian's story;

Prior to joining the U.S. Army, I worked as a Deputy Sheriff in Ohio for over 8 years before joining the U.S. Army in 1992 and serving until March of 2000. After leaving the Army after completing my first tour of duty, I was hired as a Police inspector for Osmose count, Ohio, followed by time as a patrolman for the Pomery Police Department and then Chief of Police, Syracuse Police Department.

In January 2004 I returned to Active Duty in the United States Army.
In 2005 I was stationed at Fort Wainwright Alaska with 172nd Striker Combat Brigade when we deployed into Iraq from August 2005 to August 2006 where my and I were sent into the Sunni Triangle.

On October 20, 2006 a road side Improvised Explosive Device (IED) exploded and I suffered a severe penetrating head injury. Once the blast zone was secured I was air evacuated to the field hospital in Ballad, Iraq. There I underwent an emergency craniotomy of the right occipital and posterior fossa with duraplasty retaining foreign body, and a ventriculostomy. The IED blast caused shrapnel to penetrate the right occipital lobe of the skull and although my eyes were not damaged, the brain injury itself damaged the visual pathways inside the brain cortex. This blast also caused severe TBI and cortical blindness. Later we learned it was the cause of complex visual impairments, PTSD, hearing loss, pulmonary embolism, seizure and REM sleep disorders. 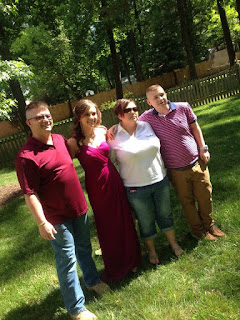 I was moved to the Richmond VA Poly Trauma Medical Center in early 2007 where I spent over six years. Today I still reside in Richmond and continue TBI and Vision rehabilitation as an outpatient at the Polytrauma Center. During my rehabilitation I was fortunate enough to be supported by the Blinded Veterans Association (BVA) who assisted me in being treated at the Veterans Affairs (VA) Blind Center in West Haven, Connecticut for eight weeks in October 2007. There I received training for blindness with the VA providing me with adaptive technology computer devices and training. The VA Eastern Blind Rehabilitative Center was excellent helping me go through extensive and thorough training in living skills, manual skills, orientation and mobility training, and computer training. we decided to live in this area and not move back home to Ohio. I am still married to wonderful wife Angie, and have two teenage children.

The VA has deemed me unemployable now since my injury and it has been a long road back to this point with many twists and turns. 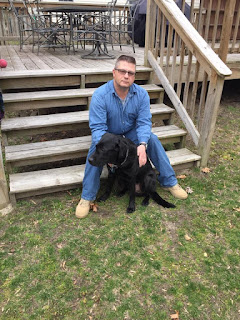 I now spend the bulk of my time advocating for wounded war Veterans and volunteering for charitable Guide Dog Foundation and VA TBI organizations and Families of the Wounded. This includes my service as a Board Member Virginia Brain Injury Association. 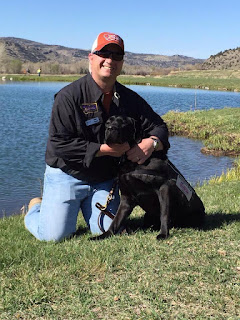