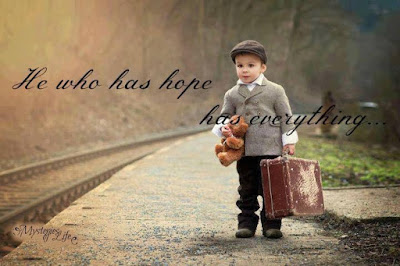 The though of being able to understand the concept of going back to our roots is something that we rarely get a chance to experience. This is especially true when our lives are lived in warp drive rarely slowing down enough to check the weather.  Well once Mike and I came back from the National Convention we slowed down a little (some people might disagree but I use my own speedometer) and also had the opportunity to be invited to a couple events that gave me thought. 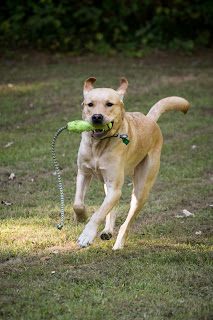 First off I had to help my daughter move her stuff into her own place 2 states away, talk about making someone think about going back to the roots. Well maybe not all the way back but at least back to her roots when she came into this world as a premature baby and we all wondered how that little bundle would turn out. Well now she is out changing lives on a daily basis working with others to help mend and create healthy bodies. To see her live a dream and become such a strong young lady makes her "Daddy" proud. I think I may finally understand how my parents may have felt when I started to take on my own role in life. (ROOTS)

So the real thoughts of Roots came this week when I was asked to go and partake in the Prison Pups Benevolent Association'a fund raiser to help the program that works with the MA Prison system K-9 programs. This program works with America's VetDogs and NEADS who both train service Dogs in many of the MA prisons. The group consist of many of the CO's and other Staff along with community members that see the changes these puppies bring to the entire system. Of course when I was called and asked to come up I could not say yes fast enough.

When I arrived on Friday morning the reaction mike received was great to watch. Remember that Mike was raised in Framingham MCI so many of these great people that are giving up their Friday and money to support this event also put in many hours watching Mike grow up. Mike remembered them all and wanted to say hello to them all also. The boy that is usually so good at staying by my side and ignoring others was back in puppy mode for a time but he got it out of his system and let me know he was back on the job. To be able to hear all the stories about how Mike was in his time at MCI was wonderful and satisfying for sure. I always knew he was special but now I know that he was a special one from day one or should I say week 8 ;)

The stories during the day between the CO's and other staff members solidified my understanding of how much this gift of a service dog program makes in the community. I say it like that because the reach of these dogs is boundless when you think about it. There are lives that will be either touched or untouched because of these dogs. The obvious is the Prisoner who changes because their heart has been touched we all see that but how about the CO who is assigned to walk the wall and sneaks a treat into his or her pocket in hopes of a quick pet and a smile during the rounds. Do we think about the reactions that happen later in the day when he/she goes home and instead of getting drunk decides to volunteer as a big brother or a couch or maybe they get bumped and instead of going off because of the high stress job they are able to react differently. Little things like this we don't think about but they happen all the time. 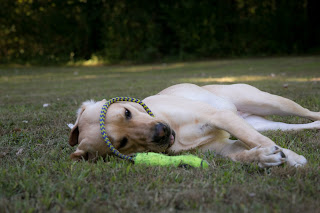 There is more though. When you look at the dogs in the prisons the entire system changes in subtle ways to make it possible to have them and it affects every person inside the walls. When you talk to the staff their eyes light up and there is no way that you can tell me that same enthusiasm I see doesn't effect the interactions between prisoners and staff and prisoners and prisoners. If only one person is changed a little then we have a butterfly affect taking place where down the road a crime that could have taken place my not because of a change of heart. That means one or more less victims see what I mean by effecting people that will never know. The entire program changes lives in ways that can not be evaluated.

We have not even gotten to the weekend puppy raisers yet. Lets take a moment to speak about these people who travel sometimes a couple hours in both directions to sit through training and socialization classes for these little puppies after a long week of their own working lives. Just so they can help the program. After meeting many of these raisers I can tell you that not one of them would be the type of people I personally would expect to hang around a prison system let alone get involved with a program where they are interacting with them weekly. Not only do they interact though they shout this stuff from the mountaintops, they own this program like you wouldn't believe. Every one of these raisers I spoke to has a passion about what they do and why they do it that just oozes out and covers the community creating a buzz. I found myself saying things like hey if you guys ever need anything like pictures and stuff just call because well they are so involved you can't help but want to help them help others. 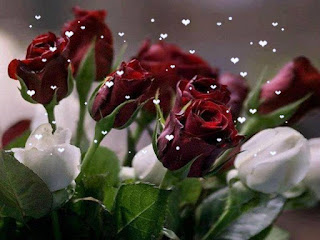 I guess what I am saying is when you get involved with a grass roots program and look at the changes it makes take a moment to look for the changes you can't see. You will want to help even more.
Posted by Unknown at 5:08 AM