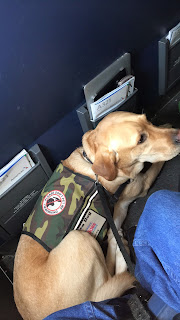 “Courage is the most important of all the virtues because, without courage, you can't practice any other virtue consistently.”
― Maya Angelou

This past week Mike & I found us flying to the West Coast to film two different videos with a production company. These both will be aired sometime shortly within markets across the country. Unfortunately, I do not know the specifics of when or where at this point but will keep everyone updated as information is released. The first video will feature the bond between animals and humans while the second is going to focus on the human/service dog connection. Stay tuned; I saw some of the raw footage shot and it was incredible.

“Tears shed for another person are not a sign of weakness. They are a sign of a pure heart.” ― José N. Harris 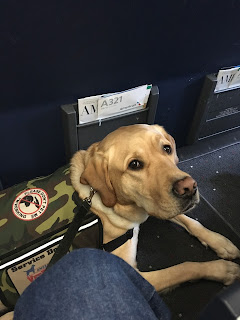 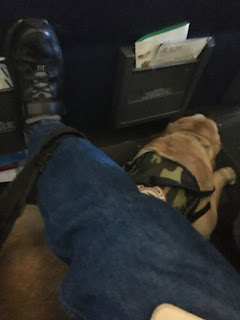 During the interview portion of the day, I was asked many questions to help the production crew understand the why's of what I do with my volunteering. A little information about the crew themselves may be to help understand the process. They were a young group that had experienced more than your average worldly experiences. All of them were raised Morman and still profess a strong faith and understanding. While none had served in the military, they had all traveled to many places around the world, most recently returning a couple of weeks ago from Uganda.

With the understanding that we were all present to highlight how this amazing dog, Mike & of course Iris, have impacted my life, we were able to draw the connections to how they touch so much more. Topics that we discussed in the interview brought out many emotions. How the editing happens and all the B-roll of Mike & I doing what we do gets put together will be fascinating to see. Being the first time a professional team has taken on a project including us has us waiting with baited breath. I hope some of the beach scenes where Mike & I got to play out in the sand get to make the final cut. You will all love the time that I nose dived into the sand and Mike went right to the alarm because I was on the ground. (I doubt that will make it)

OK, enough about the time in CA, let discuss the flight. Over the years many of you have seen that I attempt to advocate for people when put in adverse situations. American Airlines, more than any other airline, has had complaints against them from people with service dogs that I have seen. Now I will stand up for both sides quite often because rarely is something as it is portrayed in print or on the internet. Well, the production company made my flight arrangements on American Airlines, so I was prepared for possible issues. The good news is that we were treated correctly. AA had been given the wrong info when making the reservations, but this was very quickly rectified when checking-in for the first time. When we stepped onto the airplane, we had an opportunity to explain the ADA to one of the flight crew that wanted to know a few things. 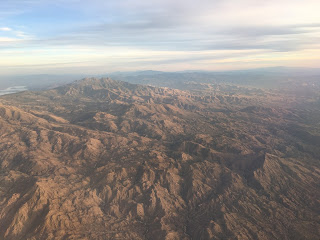 One of the most important things learned here by me is that knowledge is always the key to making things run smoothly. Many understand the ADA today, but they fail to realize there are rules governing aviation that augment the ADA. Here is a part of the write up "Air carriers must provide disabled passengers with boarding assistance if needed. They are also required to make sure that terminals are accessible to all passengers including those with wheelchairs. In addition, disabled passengers have the right to fly with their service animals free of charge. Generally, carriers must allow the service animal to sit with the passenger. In such cases, persons with disabilities generally don't have to provide documentation about their service animal prior to their flight, except in situations involving an eight hour or longer flight or an emotional support or psychiatric service animal."

So what does all that mean and why am I taking the time to mention it here? Well often Veterans receive service dogs for PTSD and a myriad of other things but when asked they always seem to mention PTSD and forget the other things. TSA and Airlines are schooled on the keywords of emotional support or psychiatric service animals when you mention them you fall into that category. If you have a service dog that does a multiple task such as balance, seizure, hearing or any other issues along with PTSD, why would you want to bring undue stressors into the mix by only mentioning PTSD to the airline? My goal is to educate here. Understanding the system and how they operate makes it much easier to navigate.

So ending this blog for this week all I ask is that we all take the time to research and go in fully aware that while the laws of this land protect us we also have to help those who have been asked to enforce and interpret those laws. Most of all kindness and understanding when dealing with everyone makes life much easier for all involved. I have to remember I am the only person I can change and I can make a difference in how others deal with me! 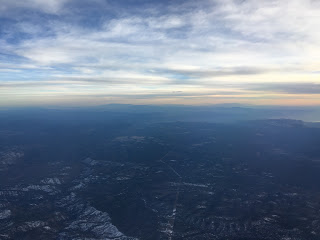 Here is a link on Facebook to see a "Live Video"