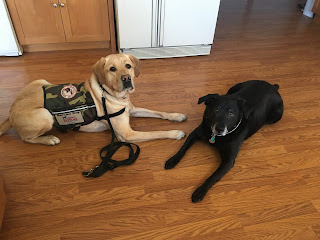 “How would your life be different if…You stopped making negative, judgmental assumptions about people you encounter? Let today be the day…You look for the good in everyone you meet and respect their journey.”
― Steve Maraboli

Being a parent and how God must feel? God is not a Grandfather to anyone, so he has an intimate relationship with each and every one of us. I know when my children were little I was responsible for their well-being, but as they've aged they grew into responsible people, and I only wish I could remove the pain and suffering they may have to go through. To think that God has had to do that same release with everyone allowing us to be human and still loving us in spite of who we are and what we do is amazing.

“Blessed are those who find wisdom, those who gain understanding.” (Proverbs 3:13)

The fact that I have to focus on my life and live to
my best ability not living for people places and things around me, not trying to control or make things happen. When I focus on my world accepting my faults and admitting my wrongs I can live forward. I can put my hand out to help others not because I want to look a certain way or because I'm better than someone but because when I'm helping others, I'm not doing the wrongs that my human nature naturally does. As a wise man once told me if you are busy doing the do's you don't have time for the don't that life has to offer.

I love the story told to me when I was fighting against my beliefs in a higher power (God), and I was so sure that no power out there could ever run a world such we have here on earth. This world that is so tortured and stricken with tragedy after tragedy. I was fighting with a personal daemon of drugs and alcohol that told me I didn't have a problem it was everything around me that was wrong. A little old lady looked at me, a juvenile delinquent if ever there was one, and said if you are not an alcoholic and you go to AA, what have you lost? Then she said, if you are an alcoholic and don't go to AA oh God what have you lost! By this time I had accepted, I could not drink and be normal like most kids my age so that statement rang true. Her next statement just as simply blew me away! 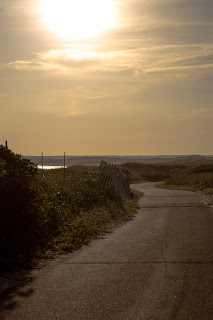 She took the same simple philosophy and stretched it into a statement about God even I could not dispute. She said if there is no God and I believe in God, what have I lost? But, if there is a God and I don't believe in that God oh God what have I lost! Wow, profound at best my mind could no longer flat out deny nor dispute on the grounds I had been, which were completely self-centered ego, me not wanting to admit I was not in control. That simple statement allowed me to see the light at the end of the tunnel as it was not that it might have been the train coming to run me over.

Over many years I've grown and tested that same faith. It has wavered many times, to say the least. I've seen things that most should never have to see. Encountered events that's still to this day cause me to shiver with the thoughts of them. I saw the birth of two miracles, my son, and daughter which I would never have expected to been blessed with. I've been so depressed in life that I played with a 45 caliber pistol wanting nothing more than to have it over. The lonely feeling that no human power could understand me and I was alone with myself locked in a dark, dismal cave of life's bottomless pit.

It was not the help given to me that brought me out of that cave so much as it is the constant reaching out of hands of others. Those hands weren't hands passed in pity as I had always perceived them but hands up as if the person below or above was push/pulling me along with them on their journeys. You see the gift is the giving; it's the process, not the wrapping. The community of brothers and sisters interwoven together creating a tapestry of life.

So that is my take on faith today. Somehow I felt moved to share this so here it is. Maybe this is a new direction in my blogging God knows I have these thoughts all the time maybe I'll start doing this more often. Let me know what you think.

“Change the way you look at things and the things you look at change.” ― Wayne W. Dyer
Posted by Unknown at 2:52 PM