Unusually Long Call to Action... Please read and let me know what you think. 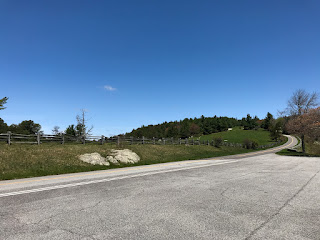 So with the recent tragedy in Las Vegas we have a renewed Right Left battle going on with all of the political’s pushing their agenda’s as hard as they can. Of course no one wants to look like they’re making this tragedy into a place to statement while doing exactly that. Unfortunately I have sat on the sidelines as long as I can without jumping in to the mix.

The Second Amendment, "A well regulated Militia, being necessary to the security of a free State, the right of the people to keep and bear Arms, shall not be infringed.” One simple line, creates a huge amount of problems for people with beliefs as to whether or not the general public should have what type of weapons. The almost funny part of that is the type of “arms” is never mentioned in the amendment. It mentioned a well regulated militia but never anything about the types of weapons.

Some people say that is because the weapons of that day were limited. That is in fact in my opinion a very limited opinion not based on a forward thinking document. Of course that is my opinion also. You see what we have here is a country based on free speech, remember that, it’s what that first amendment was all about. It allows us all to speak our minds.

Let’s go into the free speech thought pattern for a paragraph or two. I have to Qualify my thoughts a little with the freedoms I have here. As I sit here writing my opinions on the laws of this wonderful land of ours, I am not worried that my door is going to be broken down and myself be carried off to some hole in the wall prison never to be heard from again. I can sit here typing away even though there are many people out there that feel I am some sort of radical right wing gun toting crazy veteran. Yes name calling has become a nation sport as of late, hasn’t it?

That same freedom of speech allows those sports stars and movie stars with huge fan bases to take a knee and push their agendas out to the national viewing population. I say it like that because my next statement seems to make those that agree with the knee taking crowd angry. They, the knee takers, also continue their protest without worry of being hauled off to jail or worse for their form of free speech. What gets me though, is that because I counter the protest with one of my own, by turning off the tv and stating I will not buy product that supports the actions of the teams and league that support the action of the knee takers I am suppressing their free speech. This is befuddling to me, because in fact I am doing exactly the same thing they are, just protesting the way they are protesting. I am not protesting their right to free speech, only their method of protest.

So without beating this topic to death, I am now going to transition back to the second amendment by stating that the first will live a short lifespan if the second is taken away. It is simple bully methodology to take away the stick that protects oneself before taking away the rights to even talk about being protected. But to quote some famous TV advertisers, “But There is More”.

The second amendment was written without the type of weaponry because our forefathers understood that weapons overtime got better and that no matter what happened our citizens needed to be able to be armed to protect themselves against a government that did not have their interest in mind. You can not fight an opponent who is equipped with machine guns with muskets. Placing a type of weapon into the amendment would have dated the amendment in a matter of 50 years or less at that time. However, the freedom to legally purchase weapons with the proper licensing has created the freedoms still today that our forefathers were looking to create.

Now the gun rights and gun control advocates both have their reasons and will attempt to sway anyone that listens to their side. The simple fact is that we are a nation built on the freedoms given to us in the Declaration of Independence. The second amendment was not written to allow hunting and game use of weapons it was clearly for protection against tyranny having just fought a war against a King and Sovereign Nation that was not taking our countries best interest into hand. Our country and people may not be perfect but we do have laws that were and are there to protect all of it’s citizens. 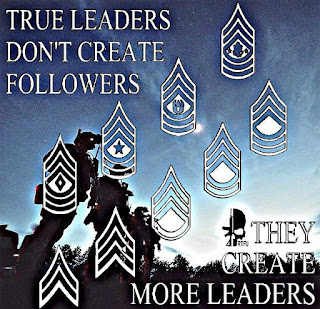 I started out this article with the thought of the recent tragedy along with all other gun related tragedies that become political soap boxes. The problem with the activist for both sides using a tragedy for their soapbox is that it does not touch on the reality of the issues. Most of these tragedies happen with a massive amount of laws that are broken prior to the tragedy ever happening. What do I mean by that. Well simply put, I am pointing out that just creating new laws in hopes of stemming the violence of a tragedy is like putting a finger in a dam that has completely crumbled around where you are standing. If you cannot enforce the preexisting laws what makes anyone think that they can enforce new lows on top of the old ones. The only thing a new unenforceable law does is make a naive person feel he/she has been protected while doing nothing to stem the real problems.

The real problems, have to be handled with a proactive format. Something that actively teaches out and tries to help people that are at risk for becoming the mass shooter type. There is always a telltale. It is way to early in this last episode to understand what or why things happened. For those that have been reading my blog over time you will recognize my thoughts that we as individuals in a community have to reach out to each other. The buddy check, we in the military all have come to understand is a reality that so many Americans have forgotten comes from the old neighborhood block watch concept. Start with our community around us and watch out to make sure that we are ok.

When a community is healthy, the town becomes healthy. When a town is healthy the county becomes healthy. It has a trickle up effect. (yes that is a Reagan reversal) Each and everyone of us has to become a better friend a better member of the community. We don’t have to pull the covers of our neighbors and throw the dirty laundry out on the street to make ourselves feel better but we had better be willing to jump in the hole and help someone step up and out. It may be yourself in the hole tomorrow. The way we make our country safe is not through taking guns away but giving us all a shot in the arm of feeling like each and everyone of us belong and has something to live for. Unrest happens when you don’t fit. Find your puzzle, your talent and share it with your friends and anyone else that will listen. They will jump in and share it with others. Soon things Change around you and people start to smile.

Leadership, that is something we all have inside if we are doing what we are good at and showing it to others. Spread your joy not your angers.